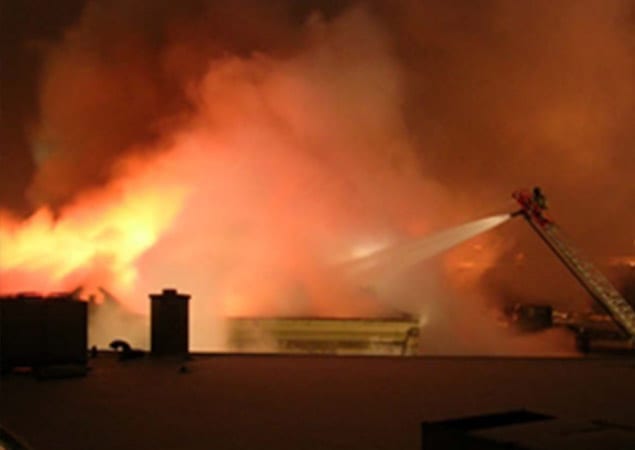 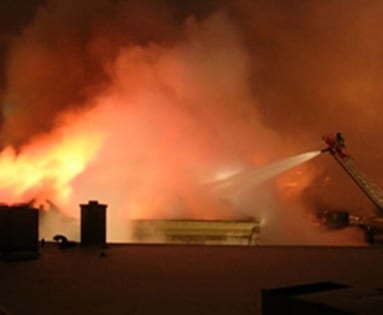 A 23-year-old university student has been arrested in connection with a multimillion dollar fire that heavily damaged three downtown buildings including the historic Gummer building last April.

A 23-year-old university student has been arrested in connection with a multimillion dollar fire that heavily damaged three downtown buildings including the historic Gummer building last April.

Ryan Versloot, a London resident and University of Waterloo geography student, was charged yesterday with arson with disregard for human life.

Sergeant Ray Gordon said he called Versloot, who drove to Guelph and turned himself in to Guelph Police about noon. He has been released on an undertaking and will return to court Oct. 22.

The fire broke out April 6 just before 2 a.m. A 911 caller reported a fire in the stairwell of the Victoria building at 69 Wyndham St. N. A fire department spokesperson reported people at the scene had tried to put out the flames with fire extinguishers, but the fire spread quickly.

The fire burned through the roof of the Victoria building and through a window into the adjacent Gummer building on Douglas Street.

Those two buildings, and a third at 67 Wyndham St. N., were heavily damaged and remain boarded up as plans for their restoration come together.

Yesterday, he said Versloot was in Guelph visiting some friends the night of the fire.

“There were a number of people in the building at the time but only two actually physically present when the fire began,” Gordon said.

The sergeant added he does not anticipate any more arrests.

“I don’t have any information that there were other people involved,” Gordon said.

Gordon said a decision was made by police to release Versloot from the station instead of holding the accused for a bail hearing.

“I don’t believe the security of the public is at risk,” he said.

Sandra Koiter, co-owner of the building at 67 Wyndham St. N., said while the arrest ties up a loose end, it offers little comfort to those displaced by the blaze.

“The damage is there and that’s an ongoing thing,” said Koiter, who operated West End Bakery with her husband Nick on the main floor of the damaged building.

“They can charge him, but he can’t pay for all the damage he’s done and the lives he’s changed.”

The bakery has moved to a temporary home on Yarmouth Street and Koiter is frustrated at the slow progress at the fire scene, which has been delayed while city council decides whether to attach a heritage designation to the Victoria building to prevent the owner from demolishing it.

“The Victoria facade issue is slowing everything down,” Koiter said, noting crews supposed to be working on her building have not been able to because of a concern the facade could fall down.

The current owner has said he can’t afford the approximate $100,000 cost to brace the wall and make it safer.